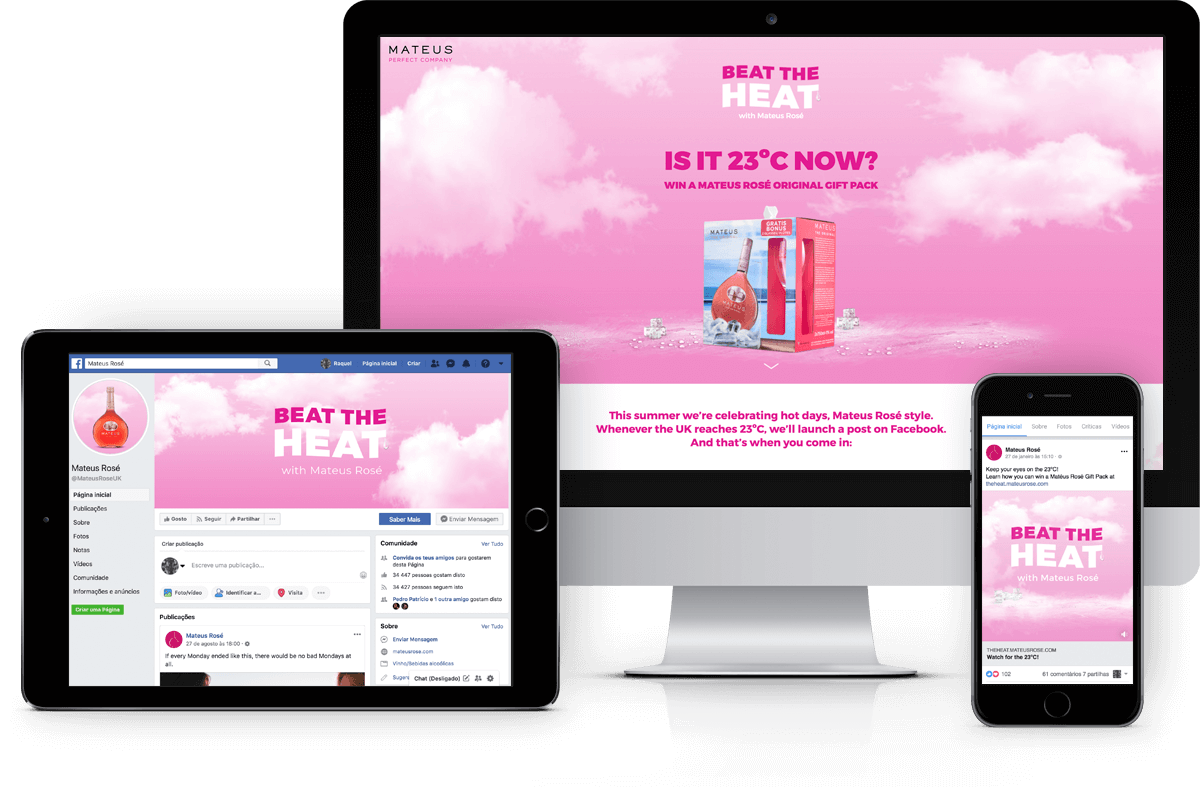 The good people behind Mateus Rosé - the fresh, young and most international Portuguese wine - summoned the Wizards to help them in a social media campaign for the UK. They wanted Mateus to step closer to the British - both mentally and physically - when the scorching UK summer heat arrived.

The Wizards insight was to make Mateus Rosé the official summer heat herald in the UK social media. Mateus would become the messenger that announced firsthand the heat was upon the British while conveniently delivering some much needed freshness at precisely the right time.

Extensive research revealed that 23°Celsius is the tipping point that triggers hoards of Brits into the country's finest gardens for a day out with mandatory snacks and wine. That was the money shot, the time for a Mateus moment.

To ensure surgical timing, The Wizards built a Machine that collected real time readings of the UK temperature and, right at the moment they averaged 23° Celsius, automatically posted custom messages on social media. The first readers who commented the posts with "Mateus, let's beat the heat" won a gift pack with a Mateus bottle and 2 flutes to drink it. Thus, Mateus fans were rewarded and non-fans had a strong incentive to start following the brand.

The Machine that the Wizards built fired 31 times during the Summer and rewarded 155 lucky winners with fresh, hand-delivered Mateus Rosé. But most importantly it generated thousands of comments which meant thousands of people felt the urge to write "Mateus, let's beat the heat".